The Frailty of Murine & Lagomorphs

Preface: This short story was written for the OWLS Fusion Fight short story contest hosted by Animated Observations. The story was created under a 500 word count and was challenged to mix multiple genres. The story ended up taking 2nd place, which I thought was pretty neat. Hope you enjoy, below will be a list of footnotes with a couple definitions or points that might enhance the reading.

In an earnest attempt to qualm my tremors, I hastily write what well could be my final letter. It satisfies me to know you’ll never witness me in such a dreadfully woeful disposition. My complexion bleached; my lineaments1 crooked. The result of my clumsy stairway descent that left the veneer2 utterly blood-soaked. Be assured that with my sincerest of convictions, this was no mere accident.

I am absent of delusions. Swearing by my unsullied name that I have been bewitched with a rancorous specter. The floorboards moan, temperate dusks are meddled by a sudden December wind. Gwendolyn, your swift divarication3 should have left my pensive mood flared by crippling loneliness. I do not feel alone, I am not alone. My imperceptible visitor lurks, and frightful I am they wish upon my eternal agony.

His ghastly entrance commenced with mere clouds of dust and the occasional float of cobwebs. Too burdened by your exit, I paid no consideration to these optic tricks. A damn fool I’ve been, dismissing these as erratic phenomena. Gnawing marks across the mopboard? Simply, it must have been a rat. Well I’ve dealt with vermin Gwendolyn. Many times, have I witnessed the dropping of the hammer4 onto murine5 and lagomorphs6 alike. But never have I tangled with as beastly of a rodent as their barb indicates.

Not ‘til the vulnerability of my recent burdensome slumber did I face the miscreant. His contour hollow, and his visage bringing immeasurable unease. Awoken from my trepidation, I dashed knowing my survival rested on a hurried escape. I reached the stairwell, but as I went to descend, I was clutched by the ankle.

That is what hurled me forward causing the aforementioned accident. Wheezing and crawling like the wounded animal I was, it was you who gave me the strength to persist. Few cracked ribs and a protruding tibia would not prevent me from slinking into the study where I now retreat.

Even while enduring this unholy infliction, the reminiscence of you tickles me. Your elegance silhouetted by the glistening glitter of the moonlight. The frailty7 of your boney hand enraptured in mine. Your haughty and neglectful demeanor; alas has it all been lost to oblivion? Never shall I forget our final twilight. The repugnance8 of staring into your vibrant irises glaze. Your breath shallows. The fade of warmth from under my palms clasped around your larynx like a Burmese python.

Must all love be cursory9, Gwendolyn? Certainly, this must not be the case between us. For these scribbles I write you postmortem10 must ascend beyond the mortal plane and reach your current haven.

It has returned, returned to ensure that time’s arrow comes to cease. I hear his pattering steps Gwendolyn; the bronze doorknob is slowly oscillating11 with a disturbing intent. This impending departure causes me sickening apprehension; a timid-ness rotting my core.

But I guess that is the price to pay, to be a father of an unborn son12.

Check Out More of My Creative Stories…

The Search for El Sueño Fauno

I’m Scared of What Will Happen Next – Short Story Teaser

It’s Complicated “That Night at the Desca” A Short Script by K. 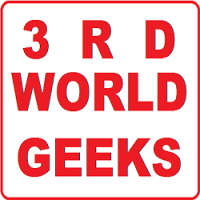 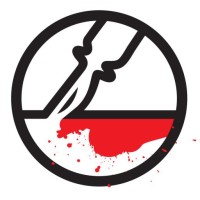 One Girl's Journey Into Life and Anime

“May it be a light to you in dark places, when all other lights go out.” ― J.R.R. Tolkien, The Fellowship of the Ring

MY corner of the Internet.

Worth The Popcorn
Distracted by Films

Reviews of movies, videos, DVD and films from the past and the present.

IT'S YOUR FAULT THAT I'M NOT POPULAR!
3rd World Geeks

Being a geek from another point of view

Peggy at the Movies

Welcome to the Booth!

Writing about writing to avoid writing her writing.

The Blog About Nothing

A good waste of time