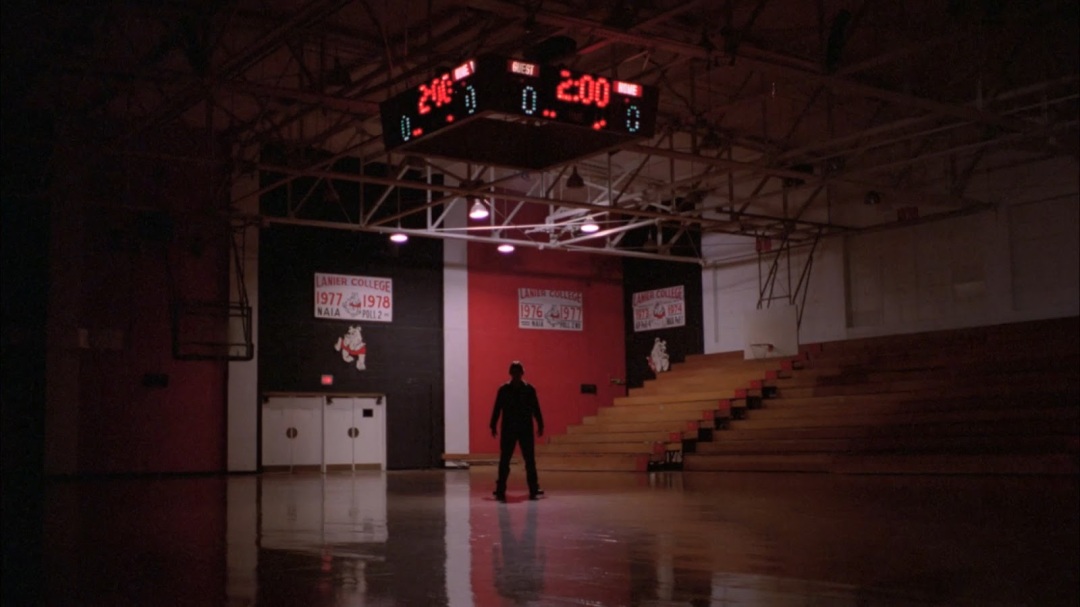 Is 80’s slashers the theme of the summer, my attempt to cash in on the nostalgia more shameless than New Coke… maybe not after this one. Final Exam is a neutered slasher that can be described in one word… BORING!

Spend time with this cast of characters more notable by the unfunny nicknames I give them. From the necessary (?) professor in a relationship with one of his students played by Not Gene Wilder, a group of jocks: Not Michael J. fox, Not given a name, and Jumbo sized Ralph the Moviemaker, the geek who’s certainly not Screech from Save by the Bell, and the main character who’s not my girlfriend as they try to avoid the wrath of a super scary killer, Moe from the Three Stooges.

The issue with Final Exam is that it lacks any sort of great aspects to point at and say if you like this then this might be for you. If you want creative or fun killings in your serial killer movie… how about off-screen deaths or dull set-ups. Maybe you more so want a fun setting, college might sound promising but only is it really surface level frat boys and final exams (Which might make for a really lame band name). Do you want a mystery about either the backstory or identity of the killer? The killer is a walking shadow that you see is Moe from the three Stooges in the first five minutes and he’s a nobody just like Rey from Star Wars (Let’s see how that reference ages).

I actually think the idea of a “for sake of plot” killer can actually work but the characters and kills really have to carry merit to as why you should watch it. This works better when a television show spoofs this genre because with pre-established characters you understand who they are, care for their safety, and are curious to see how they would interact with this abnormal narrative. The characters of Final Exam are cardboard cut outs of cliched archetypes, and I don’t care what happens to them knowing they are going to die.

The one saving grace of this film is, the humor. It’s nothing spectacular but in some of the cheese that comes with the genre they do some goofy things that admittedly I laughed at. It can be dumb fun at times but it’s few and far in between. However, with that comment you do have to factor in that I’m really dumb. Like in the cold open these two students are making out in the back of the car and the girl is rubbing the guys back and it’s reflecting the image in the window and for like a solid two minutes I though that was the killer standing really awkwardly outside the car.

The best scene is when they pull the really funny prank of faking an elaborate school shooting. BIG YIKES. Remember when this was a socially acceptable thing to do…I sure don’t but maybe your memory is better than mine. I like that there’s no repercussions because of this. The sheriff shows up and the football coach just says to pretty much let the boys be boys and that works… and I guess the school has no opinion on the fabrication of a terrorist attack on campus happening during their exam’s week. I feel that if you do this now a days you won’t be allowed in public ever again, but I guess we truly are living in a different time.

I don’t care how many trees Moe miraculously jumps down from or arrows he catches out of mid-air, by the end I just wanted the film to be over. So, unlike the film I’m will not drag on with thin ideas and let you go on your merry way. Goodbye, thanks for reading. 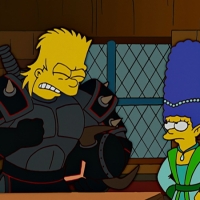 Written works by an aspiring artist.

It speaks for itself

Why would you play that?

The Blog for Otakus

A film that can make me feel something will always get 5 stars...

Diary of a Screen Addict

Just sharing my passion for movies and tv shows

Reviews and recommendations on top movies and films.

Reviews and Commentary to Protect Your Moviegoing Experience

Mashi talks about stuff like anime and human feelings

YuriReviews is a blog about everything yuri~

My corner of the internet devoted to anime and manga