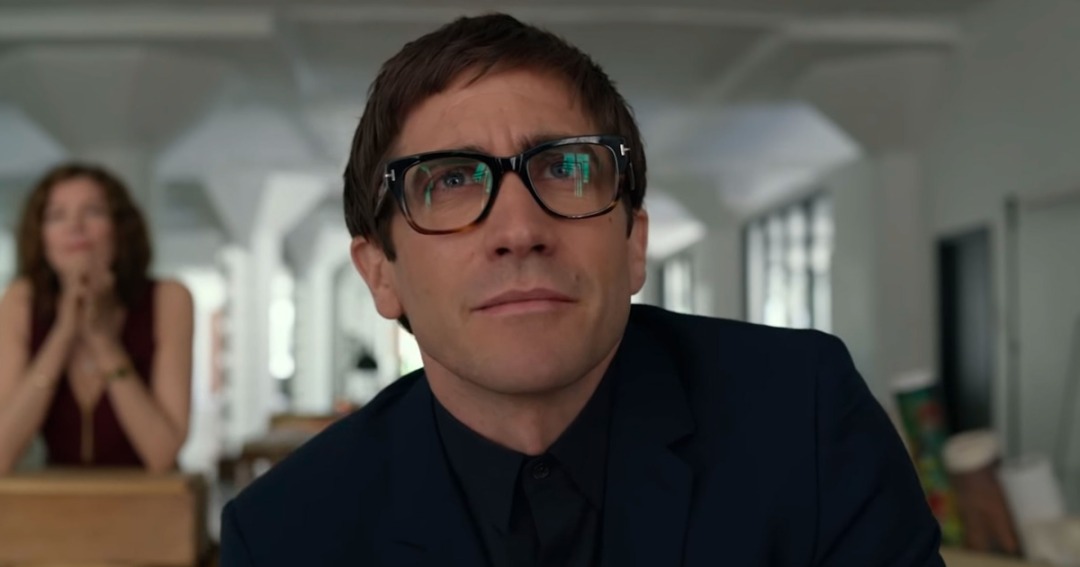 ‘Velvet Buzzsaw’ What Exactly Am I Looking At?

After watching a film as dense and awkwardly presented as Velvet Buzzsaw one might hope that a self-proclaimed critic such as myself can clarify the film in some regards or possibly legitimize your feelings of disdain or satisfaction. However, in this case I have to refrain and admit to you that just like our menacing savior Hoboman I can’t save you.

The issue with Velvet Buzzsaw is that it exists on such a high conceptual plain that in order to access what makes this film actually rather interesting you have to give it the patience of the runtime of the film and beyond that. Maybe playing to closely to the pretentious critics seen on the screen, but the film seems only to hold merit if you find yourself willing to excavate the many present dichotomies of the film. For instance Velvet Buzzsaw as the title sets a precedent of contrast playing a large part of the films identity. So what contrasts does the film evoke?

The Duality of Genre?

I’ve been wondering about the people who watched the trailer… why did you think that shitty trailer was any good? For as intriguing the trailer was in establishing the premise and showing off the stellar cast, it was very obvious that the trailer showed too much. I recommend anyone interested in the movie to avoid the trailer at all costs as the film severely lacks a sort of “punch” to it and the trailer shows most of the predictable deaths the film has to offer.

I think that is where at least some of the movie’s negative reception has come from… people felt they were promised a horror movie. Velvet Buzzsaw merges maybe the most mutually exclusive genres of b-movie horror and pretentious satire. The movie feels stretched thin between the two as the horror just isn’t entertaining and it hurts the satire because no one wants to think to deep about a movie that looks made for television.

What makes Velvet Buzzsaw extremely hard to critique is it forces you to answer whether you think it fails based off of author’s intent or audiences’ reception. I’m highly convinced that Dan Gilroy has a noticeable amount of depth in the writing within the film in which minor details add immeasurable substance to the satirical messaging to the film but go unexplored by most of the audience. There’s so much about: passion versus monetary motivation, disconnect between cultural elites and the poor, the relationship between artist and critic, and even the exploitation of “art”. Is the audience and critics responsible for not engaging or experience the film correctly or does it ultimately lay the burden of the author failing to make the audience interested enough to do so.

I want to make more straightforward comments such as the SFX for the film looked extremely cheap and was sort of distractingly unauthentic…. but then I have to wrestle the thought that could it be intentional? Would such a criticism be too reactionary such as Morf’s (Jake Gyllenhaal) dismissal of the hoboman art piece? Does Coco’s hilarious running gag of always seemingly stumbling upon dead bodies just a dumb gag or a calculated scriptive commentary on her character being able to perceive the dangers of overindulging in this art world?

Have We Forgotten Satire?

This film actually reminds me a lot of a classic satire film, maybe you’ve heard of it, Dr. Strangelove. I say this in that it is a more non-character centric story but rather uses a diverse cast of characters that more or less chases commentary on the certain characteristics, social setting, or actions of the characters rather than plot progression. Some critics have stated that they don’t enjoy the characters because of how unrelatable or heinous they are but that seems to be missing to point of the satire? I’m sure you’d probably agree that there was no role models in Dr. Strangelove and Huckleberry Finn also (HOPEFULLY) lacks relatable and moral characters to root for. Velvet Buzzsaw uses a loaded cast who make great performances that sells the hypocrisy, elitist, and fowl ills that plague this niche societal group. There’s a lot of interesting parts that strengthen the satirical reflection of art culture that I would encourage you to check out this explanation on YouTube by Flicks And The City.

Despite a methodical and fascinating sprawl of art criticism and philosophy the film has opened to lukewarm reviews and I also find myself in the boat of finding this a difficult recommendation. I don’t want to shy away from that despite me thinking that the thought behind the film is magnificent, the film is in my honest opinion boring and dull. I think soundtrack and cinematography failed to really establish a mood and tension. The sets and art pieces do a wonderful job at being unsettling but when both the visual and audio packaging is kinda flat the film misses it’s effectiveness at gutting an audience reaction. As much as the subtextual level wants you to think about it, the plot and story are things you shouldn’t think about.

SPOILERS CONTAINED IN THIS SECTION:

So does the fact that the guy put his blood into his artwork have anything to do with his ability to murder people by using the art. If that is so…. then how does he possess a tattoo? Am I supposed to believe that he was the tattoo artist, is it a cheap way to mention tattoo as “art”? If the children thought that Toni Collette was part of the exhibit than what kind of shitty chaperone let them step in all that blood if they thought it was “part of the exhibit”?

Maybe it is just me, but I get the impression that Velvet Buzzsaw was just a story told in the wrong medium. Imagining Velvet Buzzsaw as a short novel makes a lot of sense. I imagine some of the descriptions of the art exhibits with vague language ” a smooth metallic surface with several orifices in which the bidders would reach within” or description of these haunting paintings that would let the imagination run wild. Velvet Buzzsaw is a bad adaptation of a book that doesn’t exist!

I have a short story I started writing on this site and at first I considered doing a screenplay but I decided that it would work better as a short story because it would really benefit from the inclusion of the thoughts and perspective of the character. I think if each chapter gives a new character’s perspective and allows us to use their inner thoughts as a deeper understanding of the opinions, feelings, and conflicts that it would enrich our involvement in their struggle that the film just can’t provide. Hearing about these death from the perspective of someone witnessing the aftermath and speculating what happened is probably a more mysterious and impactful reader relationship than the audience that feel asleep to this.

Lines in the Sand?

Where do we draw the line? To what point is criticism valid and how much that no matter what I say here does it actually lessen or influence the impact the film had or failed to have on you? The philosophy and debate on art is nothing new, so maybe it was nothing impressive to bring such a topic to the forefront of a netflix audience that favors less intellectually stimulating content? I noticed a reference Gilroy snuck into this film which is a reference to the opening sequence to Persona. I generally wonder if this film to wishes to elicit some sense of over stimulating anarchical nonsense while also it be a willing admission to the film’s artificiality. Ultimately I don’t think you’ll get much enjoyment out of it, as the horror is more or less a means to an end and the satirical nature of the film doesn’t present itself so linearly that it’s more a digestive think piece after the fact.

I would love to know what you thought of it, so as always let me know why you feel the way you do about Velvet Buzzsaw. I hope you enjoyed this “emotionally draining” critic, I’m trying my darndest to not short change the complexity the film had to offer while not being dishonest with my thoughts that the film is flawed. Like, and subscribe so I do not become a “hoboman” if you know what I mean. Thanks and as always I will see you at the auction!

3 thoughts on “‘Velvet Buzzsaw’ What Exactly Am I Looking At?”