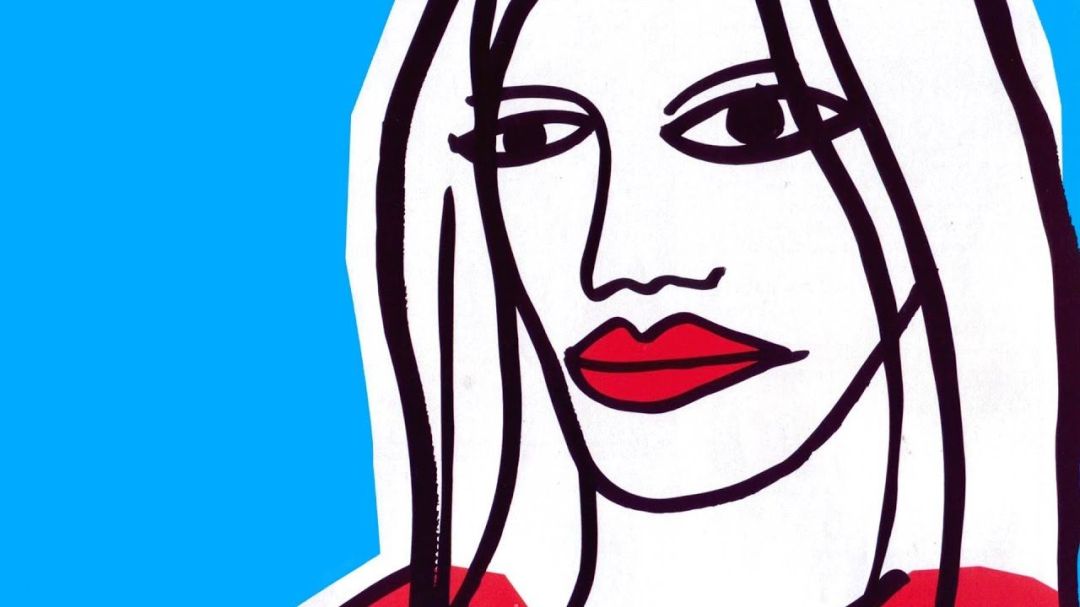 How a Streetcar,a Heart Transplant, and a Prostitute Reminds Me ‘All About My Mother’?

Tennessee Williams’ A Streetcar Named Desire uses Stella Kowalski’s abusive and unfulfilling relationship as a cautionary tale to portray the importance of letting go and leaving things behind. The parallels that All About My Mother produces comes to a different conclusion, the importance opting in, letting go of your insecurities and accepting your place. The whole conceit of All About My Mother is that it is essential a mirrored version of A Streetcar Named Desire but to all that is changed or different the message remains the same, accepting change.

What separates the two stories is the opposite predicament of the characters and the different characterization caused by it. In the beginning of A Streetcar Named Desire, Stella is believed to have a nice, simple life. It’s throughout the film that this façade is peeled back, showing how miserable and dangerous her situation is. Stella’s life seems well put together derives from the idea of her having a cozy soon to be family life and using Blanche as an antithesis of someone alone and breaking down. Manuela on the other hand is someone who has lost everything; a failed marriage and a dead son causes her to venture out trying to find comfort. Like Stella’s relationship to Blanche, the people surrounding Manuela have problems so severe: Aids, prostitution, drug abuse, etc. that Manuela seems well put together by comparison.

A Streetcar Named Desire is more than just an acknowledged influence behind the story, it has a function Manuela’s story as well. Manuela calls the Tennessee Williams’ play a show that has marked her life, and one we see her obsessively going to the show throughout the movie. Not only does this get across multiple points about how Manuela is not over the death of her son and the movie acknowledging the elements it shares, but also as a chance to define her character. Despite the obvious morning of her son, Manuela’s desire to see the play might be do to an admiration of Stella. To some degree Manuela admires Stella for her willingness to leave and never look back, to departure from the painful predicament she is in and leave it despite having no where else to go. When the film shows the play being acted out it is almost always the iconic ending in which Stella escapes to a new life, a behavior or philosophy that Manuela has adopted herself. The actual journey or character arc that Manuela goes through in the film is that this mentality is not what’s best for her.

Almodóvar’s adaptation of Munro’s “Runaway”, Julieta highlights the nuance that he puts into his construction of female characters. Almodóvar joked that Munro’s was the “feminine version” while his was the “masculine version” and that goes not just for the director’s writing it but the characters. Almodóvar constructs female characters with a considerable amount of agency in the context of 1990’s. What separates Manuela from Stella is that she’s not complicit in her current state and does remain active in trying to find a sense of peace. Manuela has an unprecedented amount of control over her situation in the aspects she can control: it is her who initially leaves her husband, she decides to travel to Barcelona, and to get involved in the personal affairs of Rosa, Huma Rojo, and Nina. The reason that Stella’s departure is a personal triumph in A Streetcar Named Desire is that her life was empty shell. Manuela on the other hand comes to learn that she is not taking a stance to confront her problems, she is running away from them. Esteban’s journal that reflects upon the hole in his life left by not knowing his father, matches the hole that Manuela has from the family she used to have. While not permanent, Manuela repairs her hole by finally showing Lola a picture of Esteban and adopting Rosa’s child whom she eventually also shows to Lola. The narrative serves as Manuela coming to terms with the hand she is dealt. Sultanov’s essay concludes that while

“This is not a typical family: a transvestite, a woman and a child whose mother she is not, and yet they look happy. This once again reinforces the idea that human relationships go beyond differences of gender or any other”

While Stella does not now where she is heading for a moment, she is free. Manuela may have lost everything yet for a moment she rekindles a family.

All About My Mother also constructs a thought-provoking image of motherhood. In the opening scene Manuela and Esteban jokingly bring up the idea of becoming a prostitute to support the other. When Esteban asks if she would make such a sacrifice, Manuela’s response is that, “I’ve already done just about everything for you”. Almodóvar emphasizes motherhood as a sacrifice and the journey throughout the film shows how emotional taxing the sacrifice can be. Heart transplants can be seen as a gesture of kindness and compassion; the transplant being a way to transfer the love of an individual into another to keep it out there in the world. It’s the positive end of the paradigm as the film also takes its chance to show when toxicity is spread in infidelity and promiscuousness leading to a transfer of the AIDS virus. Despite the opposing forces prominently shown and the harsh sacrifice that comes with motherhood the film still includes an uplifting warmth to it. The color scheme of warm colors, predominantly red shows that the warmth of love and family is all surrounding and all encompassing. Even in Manuela or the other character’s darkest moments the color in the film never loses its vibrance or saturation. Rosa’s baby in the end could be symbolic of how the positive forces triumph in the end. Rosa’s child is bestowed not only with the name Esteban but the motherly love that Manuela has. In addition, the new Esteban is seen as protected from the harsh world because of the miraculous fact that the baby appears to not have contracted the AIDS virus.

Almodóvar’s portrayal of the transgender community is progressive in the context of when the film was released. On the surface level it could be seen as reinforcing harmful stereotypes in the displaying transgender people as prostitutes and contracting the AIDS virus, however to emphasize this aspect would be to huge discredit to Almodóvar. Despite problematic implications, characters like Lola and Agrado or written with much humanity in them. The fact that Manuela continued to have a relationship with Lola after her transition supports the argument against needlessly being defined by gender that despite the transition Manuela stays faithful to the relationship she fostered with that person. The transition in most stories would probably been alluded to as the reason the relationship reached its end but in this case, it seems that Manuela was more upset by his infidelity than anything. Then with Agrado is what Ebert described as “the source of life” for the film. Her message is succinct in defining the goal of using the transgender community as a major force in this movie in she says

The many purpose of using the transgender community is to give a blatant example of the main thesis of the film; everyone has to pay their dues in order to become anything in life and what are we willing to give or do to find a place to settle in.

The Role of Gender

One of the main points was how each male character seems dependent on their female counterparts. Almodóvar is very crafty in how he implements this co-dependency, in that these male characters seems implemented strategically with each dependent relationship having some validity to it. Esteban is dependent on his mother because he is young and naive and needs the level-headed guidance that a mother provides. Rosa’s father is dependent on others because of his Alzheimer’s. While there is a clear implication that male characters in need of guidance of the assured woman, this leaves something to ponder over how the transgender character fits in this dynamic. Could Esteban Sr. transition into Lola a female identity, reflective of the end result of an inner journey from a lost soul to a self-affirmed, independent woman. With multiple different characters representing being transgender and not one of them portray a sense if being unsure or questioning their new identity.  Agrado considers her new identity a more authentic one and being someone who went through the trials and tribulations necessary to be satisfied with who they are today. Gender fluidity is shown remarkably by Almodóvar, in that Esteban/Lola doesn’t change as a person in the eyes of Manuela who broke up more towards the actions that defined their character rather than how they defined their character.

The concept of woman being assured of their place in the world, while man are co-dependent is a muddled message. All About My Mother is seen as giving female characters a focus, agency, and depth that is typically reserved to male counterparts which is why it is possible to consider that the characters function as an opposite or mirrored version which is not the case. The subversion of female to male roles is in the outside the film and screenplay not the characters themselves. While the females of All About My Mother is given the attention that a male lead is given, but they do not act as a surrogate for how a male lead would act in replacement. Manuela and the other women of the film act in a way to spread a sense of motherly love and demonstrate the sacrifice of a motherly figure. Manuela’s compassion and acceptance towards other reflects maternal love and caring and could be seen as a nurturing spirit that guides other onto the right path. Also, that by giving that love and healing to others, Manuela the mother can find self-gratification in her own identity. Manuela is asked if she paid her dues to be who she identifies as, and this journey laid out by the film could be her earning her role as a mother.

I do completely agree with your final point that the ending serves as a closing chapter in Manuela’s life. A Streetcar Named Desire is used to reference the ability to escape and move on from certain stages of life; All About Eve is brought up to highlight the idea of identity and replacement. All About My Mother is one cycle in Manuela’s life in which she identified as a grieving mother and a wanderer. If Fanny and Alexander is any indicator the life Manuela had before and after the events of the film equally pertinent to her life story but there is something impalpable about the importance of a warmly motherly spirit.

Image and film discussed is: All About My Mother. (1999). Film. Sony Pictures Classic.

D.T. Max “The Evolution of Pedro Almodóvar” The New Yorker 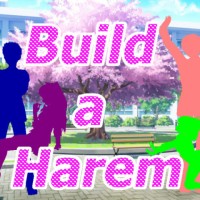